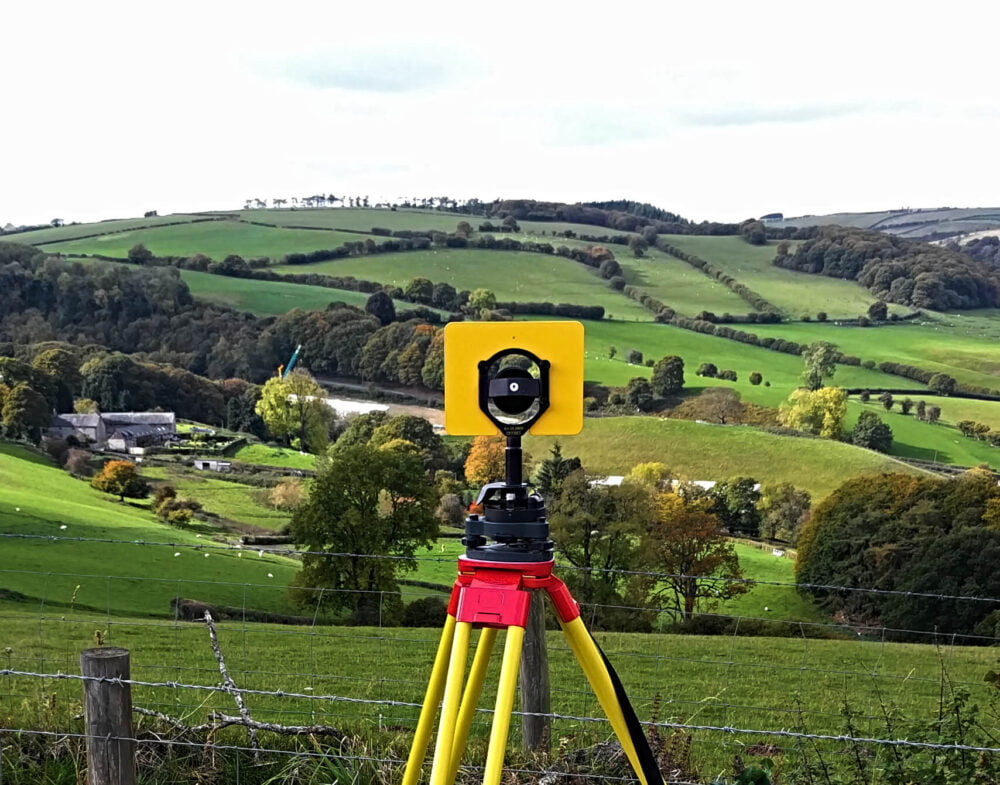 Have you ever used targets and total stations from different manufacturers (e.g. using a Leica Target with a Trimble instrument) and wondered why you’re having systematic errors in your data? Chances are you need to correct your constants.

One of the most common causes of error in surveys seems to be caused by the lack of understanding of prism constants. In today’s age of Land Surveying, the most commonly used targets contain a prism reflector that is used to return the signal back to the EDM of the Total Station. These prisms often have different characteristics defined by their construction which differs between manufacturers. In this article, I will try to explain:

With so many manufacturers out there, this article would become too long and difficult to follow. Therefore I will be focusing on the most common equipment used throughout the world.

This article will focus only on Corner-cube prisms (reflectors). The flat reflective targets have no constant as the signal bounces directly off the target’s surface.

What are prism constants

As you can see, regardless of the point of entry of the signal, it will be reflected in the same direction where it came from. Without going into much detail, this type of reflector is the most commonly used due to the simplicity of the design.

How does a target constant come into play? Well, the constant is defined as the correction of the measured distance based on the physical and design characteristics of the prism or reflector in the instrument. This is calculated based on the type and length of the glass prism itself and the mechanical mounting of the prism on the target holder. To put this into perspective, the sketch below shows a 2D view of a prism. The magnitude of the prism constant is defined as the distance between the true axis of the prism holder (the point around which the prism tilts up and down) and the virtual axis (the theoretical turning point S0).

True Axis represents the vertical axis of the target (i.e. centered on the point). Most commercially available prisms will always have the virtual axis behind the true axis, making the measured distance too long, thus requiring a negative correction for the distance (K is negative). Best case scenario is when virtual axis and true axis coincide, requiring no correction. In this case, there is a minimal effect on measurements of angles and distances caused by inaccurate prism alignment.

How manufacturers define their prism constants?

Most big-name manufacturers (Trimble, Topcon, Sokkia, Pentax, and Nikon) will define all prism constants based on their physical characteristics mentioned above, making them absolute offsets. The only exception is Leica which defines the prism constant with reference to its standard round prism (GPH1 + GRP1). The absolute correction for this prism is -34.4mm, which Leica defines as a constant 0.0mm. It is essential to keep in mind that if non-Leica prisms are used with Leica instruments, the constant of the prism needs to be converted. Similarly, when a Leica prism is used with a non-Leica instrument, the same process applies, but in reverse.

Example – using a non-Leica prism with a Leica instrument:

Consider we have a non-Leica prism with a manufacturer defined constant (absolute offset) of -17mm. In this case we use the following formula to compute the correction required in the Leica instrument:

Replacing the value in the formula above will get us a value of +17.4mm, an adjustment that must be made on the Leica Instrument.

Example – using a Leica prism with a non Leica instrument:

In this case the process is similar, but in reverse. We need to subtract -34.4mm from the Leica defined offset (Kl):

Considering a Leica prism with the manufacturer defined constant (Kl) of 0.0mm, we can compute the required value that needs to be used in the non-Leica instrument:

In practice, it is very common for surveyors to use prisms from different manufacturers and use the constants written on the body of the prism. Or, alternatively, switching from a Leica instrument to a non-Leica instrument, but not knowing the difference in prism constant definitions. This causes a large number of issues with topographical surveys, especially when creating control networks.

Most common commercially available prisms and their constants

The table below serves as a reference and contains the most common prisms used in the industry and their constants in the Absolute and Leica systems.

This list isn’t exhaustive, but hopefully it can serve as a guide when switching instruments or mixing target manufacturers.

We use cookies on our website to give you the most relevant experience by remembering your preferences and repeat visits. By clicking “Accept”, you consent to the use of ALL the cookies.
Cookie settingsACCEPT
Manage consent

This website uses cookies to improve your experience while you navigate through the website. Out of these, the cookies that are categorized as necessary are stored on your browser as they are essential for the working of basic functionalities of the website. We also use third-party cookies that help us analyze and understand how you use this website. These cookies will be stored in your browser only with your consent. You also have the option to opt-out of these cookies. But opting out of some of these cookies may affect your browsing experience.
Necessary Always Enabled
Necessary cookies are absolutely essential for the website to function properly. This category only includes cookies that ensures basic functionalities and security features of the website. These cookies do not store any personal information.
Non-necessary
Any cookies that may not be particularly necessary for the website to function and is used specifically to collect user personal data via analytics, ads, other embedded contents are termed as non-necessary cookies. It is mandatory to procure user consent prior to running these cookies on your website.
SAVE & ACCEPT